No, your eyes didn’t deceive you, you read that right! We’re going to plunge into the enthralling depths of sewers and drainage systems. Plumbers don’t get enough credit. Of course, these unsung heroes may sometimes make us wait longer than we’d like for an appointment, but there’s a reason why you called them instead of getting the job done yourself.

These courageous workers get their hands dirty, so we don’t have to. While they usually encounter typical problems with clogged pipes in the bathroom and kitchen, which we simply don’t have the courage (or gag reflex) to fix ourselves, they also sometimes find quite strange objects lurking in the sewers. I’m not just talking about engagement rings that fall off after washing dishes or children trying to find out how much they can flush, but really peculiar objects that make their way through narrow tunnels.

Check out the following to discover some of the weirdest items that plumbers have found in the field. Believe us; this list gets weirder as you read it. Rest assured that no matter how puzzling the situation gets, the specialists at ASQUITH PLUMBING GROUP are ready to tackle it for you.

Oh, the irony. Yeah, whole rolls of toilet paper were found in pipes. We’re all trying to avoid having to reach the dreaded plunger. However, flushing an entire roll of toilet paper sounds a little counterproductive. The big question is how a whole roll got down in the first place.

Plumbers who clean drains find false teeth more often than you might think. Although it’s quite common in sewers, the mystery remains as to how many false teeth are found in drains across the country. In one case, a man said he would reuse them even though they were lodged in his drainpipe (ugh…).

From sanitary products to food waste, there are several items that we all know shouldn’t be thrown down the drain. Apparently, some people take the term “money down the drain” literally. Often plumbers have found fistfuls of pennies clogging the pipes. Quantities vary from a few coins to thousands of quarters lodged in a single hose. We don’t know why someone would throw their savings down the drain, but we are always curious to know the hidden reasons behind it.

Yeah, smartphones. You’re probably thinking, “Wait, a smartphone doesn’t fit down a drain!” That’s true for most pipes in a house—except for the toilet. Sometimes a smartphone can end up falling down the toilet and clogging it. It’s a big problem, as you can imagine, and you’ll need a plumber to fix it. (We’re afraid we won’t be able to save the phone, though.)

You’re confused about that, aren’t you? We’re not suggesting that you accidentally pour cement down one of your sewers. The cement that could end up blocking one or more of your drains comes from poor construction. If the work has not been done correctly, cement can get into other pipes and result in clogged pipes.

That feeling of not having anything good to wear can be frustrating. Clothes that we no longer want or need to take up valuable closet space. But the toilet is not the answer. We won’t judge you if you’ve ever considered flushing your clothes down the drain, but just think about all the damage it can cause to your poor pipes. Even the most fragile clothing can easily get stuck. Unfortunately, plumbers have had to retrieve some old pieces of underwear that were jammed in the gutter.

Cat lovers do not, I repeat, do not flush the cat litter down the toilet! Always put the kitty litter in a bag and throw it in the bin. Litters can easily clog your WC or even parts of the municipal sewage system. Not only is the cat litter heavy – it’s like pouring sand down a sewer – but it also clumps together. Clumps are great for cleaning up the litter, but it’s absolutely horrible if it sits in a gutter and creates lingering clogs.

Small animals are often present in sewers. A squirrel, on the other hand, is not something you are prepared to see. Wild animals can climb up through the ventilation pipes attached to the roof. This path eventually leads to your toilet and other sources of drainage. Some unlucky animals can find themselves in a tricky situation because it is not as easy to get out as it is to get in.

It may sound like a scary horror movie, but the appearance of an alligator in the sewers is surprisingly common in some American states. CCTV monitoring of a Mississippi sewer after Hurricane Katrina showed that an alligator was among the damage. Professionals then rescued the animal, but not before it had bitten through the camera’s cabling! Further down the coast, another alligator was found in a drain in Tampa, Florida, measuring a staggering 18 feet in length!

When it comes to drains, things are bound to get crazy. It’s essential to inspect your plumbing regularly to catch any surprises beforehand! 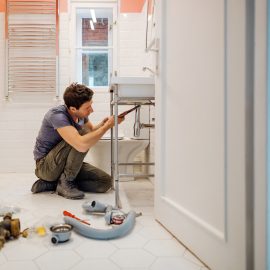 Electrician: All About The Job In France 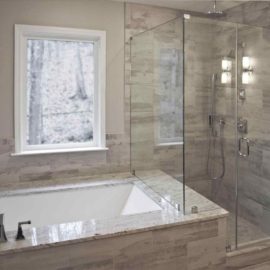 Why Choose a Shower Rather Than a Bath Tub? 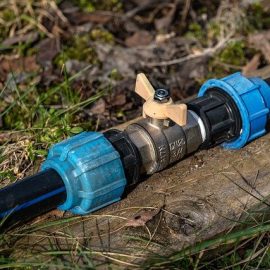 Why Proceed With Camera Pipe Inspection?

One thought on “Uncanny & Wacky Causes of Clogged Drains”