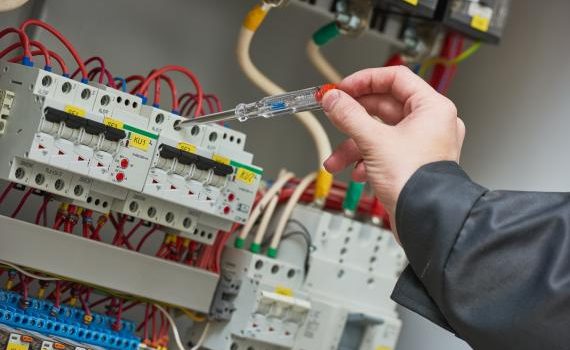 How to Fix a Blown Fuse

Your fuses have blown, and you find yourself in the dark: where to start and how to restore power?

This is a little guide for fuse survivors who have no idea what a fuse or circuit breaker is and use their electrical panel to stick magnets on.

Finding the reason for the outage

There are two possible reasons for fuse blowing:

– an overload: too many electrical appliances were working simultaneously, and your fuses’ power is not adapted.

It is rarer, but you can also be the victim of a blackout: there, it is not quite the same scale since millions of people find themselves in the dark. When you are lucky, it can last only 20 minutes or so. But some people are less fortunate: let’s have a thought for the inhabitants of New York deprived of electricity for about fifteen hours at the end of the 70s.

If you have any doubts, look out the window: if the whole neighborhood is dark, you’ll have to be patient! 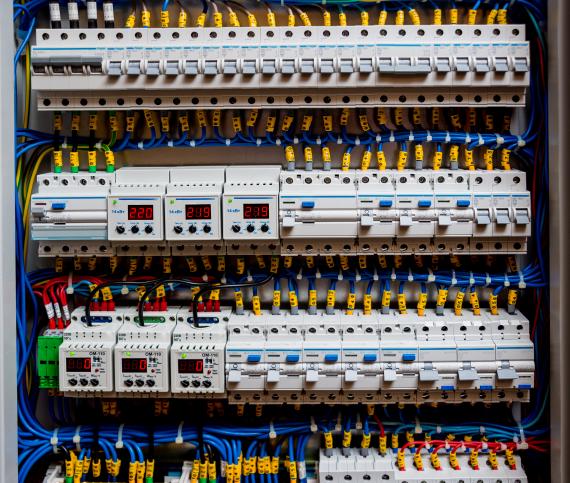 To begin, let’s dissect an electrical panel, which remains a great mystery to most of us:

– All electrical panels have a main circuit breaker: a switch that controls your home’s electricity.

– Then, the rows of small boxes correspond to the different electrical inputs of your rooms (outlets, lighting, etc.). They can have different shapes:

◦ fuses: they are shaped like small cylinders (the fourbes are hidden at the bottom of the box, you have to pull them out).

Good to know: the electrical panel is often located in apartments’ entrances and the garage for houses.

A current overload can explain the jumping of fuses. The measures to be taken depend on whether you have fuses or differential circuit breakers.

Too many appliances connected

Start by asking yourself if you had started too many energy-consuming electrical appliances simultaneously: the waffle maker, the pancake maker, the raclette, the popcorn maker, and the chocolate fountain may only sometimes need to work at the same time…

Turning off some of them and turning on the main breaker will solve the problem.

Depending on their amperage, the use that can be made of them is not the same:

– for three-phase outlets (they deliver more power), the oven, and your cooking plates: 32 A fuse, for a maximum power of 7,400 W.

Note: To determine whether your installation is single-phase or three-phase, consult your electricity bill or your energy supplier.

To be more concrete, for example, with classic plugs, which can support 2,300 W, the fuses may blow if you operate at the same time on the same electricity supply:

That’s a lot of money!

Therefore, it would be best if you chose fuses adapted to your various electrical outlets, or else the current will blow. And even if it’s nerve-wracking, it’s for a good cause since it prevents overheating and, eventually… fire.

So to resolve the situation, you need to:

– unplug some of the electrical appliances that depend on the blown fuse;

– install a stronger fuse in the corresponding box.

Apart from overloading, the other reason for fuse jumping is that an appliance is temperamental and is causing your entire electrical system to suffer.

If you have ground fault circuit interrupters, to locate the faulty electrical device:

– Turn off all the GFCIs.

– Turn on the main breaker.

Then turn on all the GFCIs one by one until:

– Turn on all the other GFCIs: all your appliances should generally work, except for the one that blew your fuse.

– Unplug it and reset the corresponding circuit breaker.

Good to know: if several appliances were on the same electrical supply, test them all until you find the one that blew your installation.

If you have fuses:

– Pull them all until you find the one that has blown:

◦ If your fuses have lights: the one with the light off is the one that is dead. Take it out.

◦ If your fuses don’t have lights: without wanting to dampen the mood, you will have to test the fuse-related devices one by one until you find the one that no longer works.

– Replace the blown fuse by placing a new one in the small box assigned to the device on the circuit breaker.

– Turn the main circuit breaker back on.

Good to know: here again, if several appliances were on the same electrical supply, you will have to test them all until you find the one that has blown your fuses. 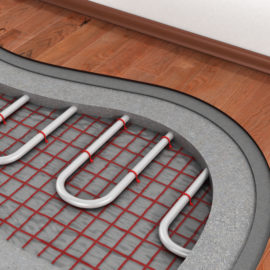 Watts and Lumens: What Is the Difference? 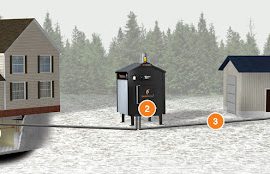 Everything You Need To Know Before Buying a Wood Boiler