Today we are going to debunk some myths and misconceptions about plumbing. There are a lot of myths about plumbing out there, some of which are openly given as truth by people with no knowledge on the topic. Over time, most of these misconceptions have largely discredited as false and have no scientific backing.

This is perhaps the biggest misconception of them all – the drainage. Most people believe that as long as your waste water is going down the drain, there is nothing wrong with your drain. Whereas this holds some truth to it, it’s not entirely true.

The water may be going down your drain, but is giving off some indefinite warning signs, such as slightly lower drainage rates or debris collecting on the discharge pipes are sure signs of an imminent clog leading to a severe drainage problem.

Also another common misconception, a leaky faucet can, in fact, waste up to 10,000 litres of water in a single year. A leaky faucet is more of a problem than most people seem to realise – both economically and environmentally – costing millions of dollars every year.

A leaky faucet will damage the faucet itself (a result of friction that builds up over time) and stain plumbing fixtures. In the end, it will cost a lot more to repair the damaged faucet than it would have to just fix it in the first place.

Often hailed as ‘the power of citrus’, both plumbers and laymen alike praise the benefits of grinding up lemon peels with your garbage disposal to deodorize it.

This method is something of a double-edged sword. It’s true that the crushed peels bring around a refreshing smell around your home, however, not all garbage disposals are made alike, and unless you are sure yours can grind them down, it’s best not to try. A better option would be to use vinegar instead.

On the same note as the lemon peels, this is also a pretty common misconception, and perhaps the number one reason for broken garbage disposals.

Not all food has any business being down there, so it’s not a wise idea to give the disposal a use for which it wasn’t intended. Seeds, eggshells, and peels go hard on the disposal. Just as bad is fat from food like burgers, which will melt into grease and solidify into your pipes, leading to clogs and eventually, burst pipes.

Absorbent foods like pasta and rice can soak up water and swell up, bloat in your pipes and block them up.

It’s sort of embedded in the human brain to jump for the plunger as soon as a person sees a clogged sink or toilet. The plunger will occasionally help sort out your problems, but more often than not, it won’t.

Plunging a clogged toilet at first is actually a pretty bad idea. Clogged sinks and toilets are usually as a result items that somehow found their way into your drainage, and plunging them only pushes them further into the pipe, aggravating the problem. The best way to go would is to try and use a strong wire hook or by hand. Better yet, get a plumber so you don’t end up making things even worse.

This is another one of those myths that just pass down from generation to generation, a result of some bygone sense of logic, perhaps. Unfortunately, it’s completely wrong, and there is nothing to be gained from it.

Perhaps most people think that tightening the tap will prevent leakage, but it actually has a counteractive effect. All that tightening and loosening actually causes damage to the tap over time, increasing the chances of a leak.

This is inherently wrong and completely untrue. If this were the case, then everyone would do an equally good job at plumbing.

Before you get a plumber, ensure they’re certified and registered so you can be sure they know what they’re doing. Plumbing is a touchy affair. One wrong move and it all comes crumbling down.

In the end, all you need is a good plumber. Where the myths start and how they spread is perhaps beyond human cognition, the only certainty that stands is that these myths are likely to cause more harm than good in an everyday person’s home.

The only way to stop the vicious cycle is to stay informed and updated. Chances are that ignorant, unqualified, plumbers will suggest one of these unorthodox means to fix your plumbing problems, maybe even encourage them and end up hurting you financially. Plumbing is a worthwhile investment, and it’s important to get a plumbing service that can cut through the generations of misinformation, and ensure that you’re paying for trustworthy services that you will actually need. How to Repair Leaks Inside a Toilet Tank 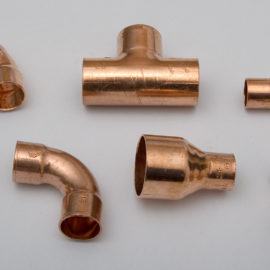 How to Choose Your Plumbing Fittings 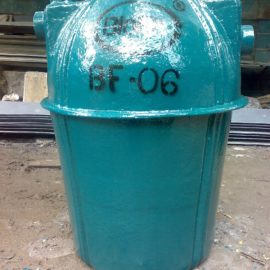 Factors Affecting the Performance of a Septic Tank